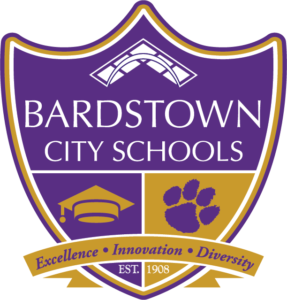 Bardstown Early Childhood educator Jennifer Marcum Hagan has been selected by the Kentucky Department of Education (KDE) to serve as the early learning specialist for the state.

The early learning specialist is a new position created by the Kentucky Department of Education and the Office of Special Education and Early Learning. The position was made possible through funding from the American Rescue Plan. The early learning specialist will collaborate with educators across the state to integrate developmentally appropriate practices and instructional strategies for children in preschool through second grade.

Hagan brings more than 18 years of early childhood education with her to this new role. Her career in education began at the Bardstown Early Childhood Education center in 2004. Since then she has taught both three-year-old and four-year-old students. In 2017, Hagan served Bardstown Early Childhood as the child care outreach liaison. In that role she collaborated with local childcare centers and Head Start providing support through mentoring and training of childcare workers, teachers and other employees. Her new role as the Kentucky early learning specialist will be very similar for her but on a much larger scale. As the early learning specialist Hagan will train and consult with early childhood educators across the Commonwealth.

“I want to do something beyond the classroom and this role will enable me to reach more kids through teachers,” said Hagan.

Hagan holds a bachelor’s degree in Interdisciplinary Early Childhood Education from the University of Kentucky. She has always had a desire to do something in the leadership area and in 2009 she earned a master’s degree in Education and Instructional Leadership from the University of the Cumberlands. In addition to her teaching responsibilities Hagan has been a leader within her school building serving as the yearbook coordinator, webmaster and technology support leader. She has also served on the district technology and calendar committees and mentored several student teachers.

“Having a supportive school district that encourages me to do and try new things has been huge,” said Hagan. “I’ve had so many opportunities to be in leadership roles to help me grow.”

Hagan will begin her new role on October 18th. The position is funded through a federal grant for at least two years. During that time Hagan will be on loan to the Kentucky Department of Education but will remain an employee of Bardstown City Schools.